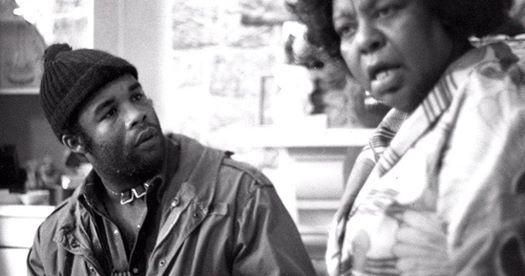 Tony, the British-born son of West Indian parents, has just left school with good O-levels. The only member of his family born in the UK, he identifies neither with his parents’ cautious conformity, or his older brother’s Black Power politics.

He might feel British, but British society won’t let him get on. At every turn, he encounters entrenched racism: from potential employers, from his girlfriend’s landlady, from the police. Disillusioned, and desperately looking for somewhere to belong, Tony drifts into the company of other unemployed black boys, and into petty crime.

Shot guerrilla-style on the streets of Ladbroke Grove with a mix of professional and non-professional actors, the film’s documentary-like flavour enhances a story of identity politics and race relations which still resonates today.

🌱 We're very pleased to be contributing to the Independent Music Dispatch, a new weekly bulletin that's curated by our friends across the independent music industry to help showcase vital causes and ingenious ideas from the cultural underground during the COVID-19 crisis.

🌱 The first edition will land in your inbox on Friday. Sign up at bit.ly/IndieMusicDispatch ...

🌱 Some good news for you. Sorry have released their debut album. It's great. Listen here: buff.ly/3bzEPOl ...

Must not skim read - you had me worried there

First glance panic ... fingers crossed this is still on!

REDDIT FESTIVAL NEWS Me looking at my TP stock pile

By Festival Flyer 47 mins ago

0161 Festival news: We’re re-arranging all sorts of plans for you, bear with us through this time and we will have some…

READING & LEEDS FESTIVAL NEWS: LEEDS you know how to do Saturday!…

By Festival Flyer 13 hours ago

Long Division festival news : Too Many T’s – Live in the Car Park 2013

By Festival Flyer 16 hours ago