Latest update from End of the Road

🌱 The 19 track compilation, featuring music from Michael Kiwanuka, Beirut, Mitski and courtney barnett, as well as The Beths, KOKOKO!, Ohtis and many more, will be available exclusively from Rough Trade Shops this Friday before going on general release on 21st June. 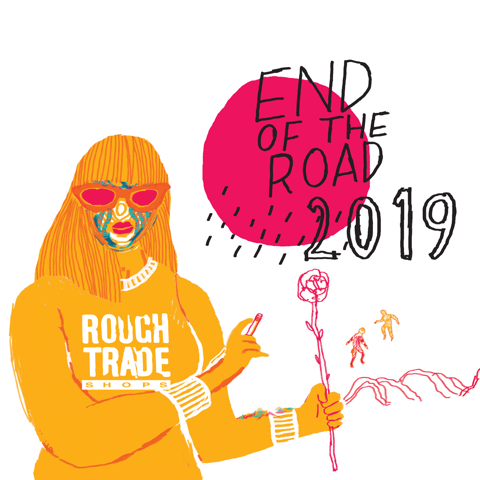 End of the Road would not be able to happen without the team who come together each year.

Our site setup videos show just a small amount of the highly skilled workers that go into making festivals and live events the amazing experiences they are for so many people.

They desperately need continued government support until the live events industry can emerge from the other side of this crisis #LetTheMusicPlay ... See MoreSee Less

It takes a small village worth of people to make End of the Road happen. Events like ours and the thousands of incredible live events across the world would not be able to function without the expertise of the people working tirelessly behind the scenes.

From musicians to sound engineers, from booking agents to promoters, from artist managers to tour managers and the many many roles beyond. All of these roles - often carried out by self-employed freelancers - are in crisis and at perilous risk due to the effects Covid-19 has had on the live music industry.

Following on from the launch of the #LetTheMusicPlay campaign last month which was shortly followed by the Government’s announcement of £1.57 billion to help arts institutions and venues weather the storm.

Today we join the music industry in highlighting the plight of the jobs that make up the live music ecosystem.

A lot of these people will be cut loose from the Government support scheme for the self-employed at the end of August. A lot more will face redundancy from roles as the Government rolls back the furlough scheme.

These are hard-working, immensely skilled people who want to be back doing what they do best, but cannot because the government has closed their business down - and for very good reason. Whilst they down tools to protect all of us, we ask the Government to consider them or risk losing skills that keep the world-renowned UK music industry what it is. ... See MoreSee Less

I would say that is an underestimated figure. Living near Glastonbury. There are a myriad of business, small and large including the rail, coach and taxi networks that depend on the seasonal income. Hopefully we can find a way to make it all work again regardless of this current government.