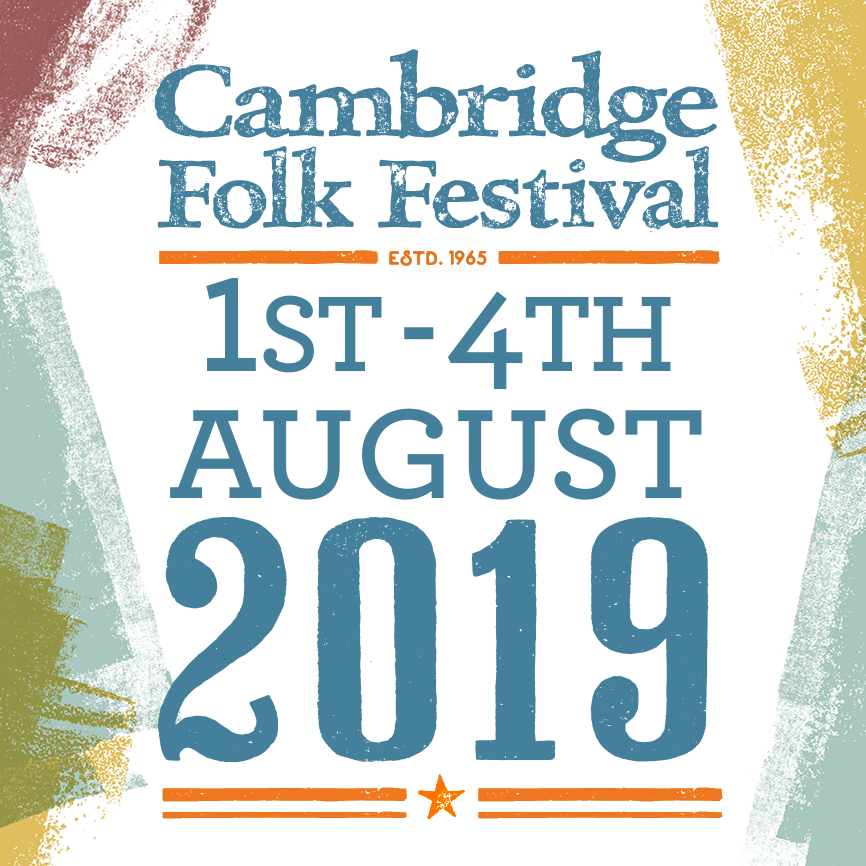 Cambridge Folk Festival is excited to announce that local lad, Nick Mulvey will be returning to Cambridge in 2019 as the Festival’s guest curator. Responsible for selecting five of his favourite artists to deliver extraordinary sets for the Cherry Hinton crowd, Mulvey’s curation will proudly sit across the line up in August next year.

Beyond his role as guest curator, Mulvey will also take to the main stage for his own performance. He returns to the event that has seen him graduate from emerging talent platform The Den in 2012 through the stages, to sit at the curatorial helm for 2019.

Mulvey says: “As a Cambridge boy born and bred I’m honoured to be the guest curator of next year’s Folk Festival and I’m excited to bring a flavour of the music I love into the mix.”

Mulvey follows 2018’s curator Rhiannon Giddens who excelled in her role this year, introducing acts to the stage, performing three times herself and taking part in debates and Q&As that became defining moments of the festival.

David O’Hara of Cambridge Live hopes that Mulvey’s curation will add to what is shaping up to be another great line up for 2019: “We’re excited that Nick is taking the baton from Rhiannon who did a fantastic job in 2018. His passion, youth and enthusiasm for the extended folk genre will undoubtedly bring some surprise additions to the bill and we look forward to announcing them in due time.”

Raised in Cambridge, Mulvey studied at Chesterton Community College before embarking on his musical career which saw him travel across the globe. Having sold out London’s Royal Albert Hall earlier this year performing as a trio, Nick is currently on an 18-date run at more intimate spaces across the UK and Ireland, including towns that Nick has never previously performed at. These shows bring the evolution of Nick’s touring of his second album, Wake Up Now, on a full circle journey from five-piece, to trio, and now right back to just Nick and his guitar.

Cambridge Folk Festival tickets are on sale from www.cambridgelivetrust.co.uk on October 1 2019.

We love discovering new music and our Folk Festival office playlist could really do with updating! Please share with us what your all listening to at the moment 🎧 Leave your recommendations below. 👇 👇 👇 ... See MoreSee Less

Rusty Shackle and Beluga Lagoon featured highly on today's working from home personal playlist. Both worth a listen if you've never had the pleasure... 🙂

J S Ondara. An extraordinary talent and it would be great to see him at next year’s festival - please!

James Riley. He would be great at the festival. www.facebook.com/jamesrileysongs

Blue Rose Code..the best artist have found in a long while

Gillan Welch the harrow and the harvest

Merry Hell are worth a listen

4 Men and a Dog with the Imbolc Orchestra !!

Today’s Lockdown Track. The Saw Doctors first appeared at Cambridge in ‘94 and were a huge success - you couldn’t stop yourself from having fun when they were on stage. The craic was always great off stage too, like the time they stayed up ‘til the early hours at a session, treating people to acoustic covers. I’m not sure how many times I heard Wonderwall that night, but it certainly sticks in my memory.

My all time favourite band, my brother got me into their music in about 1995 when Same Oul Town came out. Seen them live about 20 times, missed Bob Dylan in Finsbury Park to see their set at the Feis Festival in 2011.Saw them a few years back at the Cambridge Junction and they were as good as ever.

I miss the Saw Doctors. Seen them about 25 times.

Classic! Soundtrack of my teenage years!

A great band and an incredible vibe at the festival

Another great festival act, responded so well to the crowd ❤️

Today’s Lockdown Track. If there is one song that reminds me most of Ken Woollard, it has to be From Clare to Here. Ralph played it at tribute concert to him at the Albert Hall and at the first Cambridge after he died, and it always draws a tear to my eye. Ralph, Ken and Joan (Ken’s wife), were very close. He first appeared at the Festival in ‘69, around the time of Streets of London and returned frequently. A young Ralph once complained to Ken that his success had made him busy and he was tired. An ex-fireman and motorcycle dispatch rider in the war, Ken’s unsympathetic reply was “My poor heart bleeds for you!”

I've loved him every time at CFF. No audience sings like Cambridge. Remember a couple of years ago Joan Baez chucked her set list so she could do just join-in songs?

Kate’s voice just transports me to to folk festival. Close my eyes and I could be there.....

Today’s Lockdown Track. It’s genuinely hard picking a favourite Nanci Griffith song, but here’s a mine - possibly. Nanci played the festival many times, the first in ‘89 and when she got to I Wish it Would Rain, the heavens opened.

I remember the first year. She did the same set twice until someone shouted for her to change it around, for god's sake. I think there was one song of a difference.