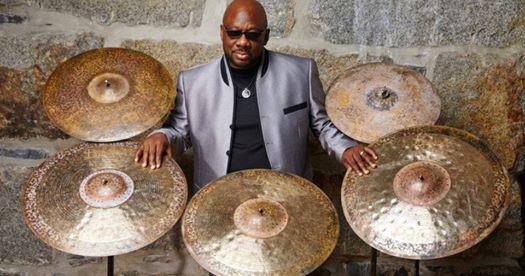 35 ago, Peterson was a 21 year-old emerging musician chosen to play by Blakey in the 1983 version of The Jazz Messengers’ two-drummer Big Band. Having learned first hand from the man himself Peterson remained the second drummer in the Big Band until Blakey’s passing. This group of musicians wishes to preserve, protect and honor the legacy of an artist who was much more than a bandleader to them all.

The Messenger Legacy also acknowledges those who have come on the scene since Art Blakey’s passing. These musicians often have a deep and direct connection with, and have been mentored by Messenger alumni ensuring the legacy lives beyond those who had direct contact with Art Blakey – Blue Note Records.

'Every few years, people ask the question, “Is Jazz Dead? Nights like this, with living masters and future stars all paying homage to a legend whose music will live forever, easily refute such a tired, pessimistic idea.' (ArtsFuse)