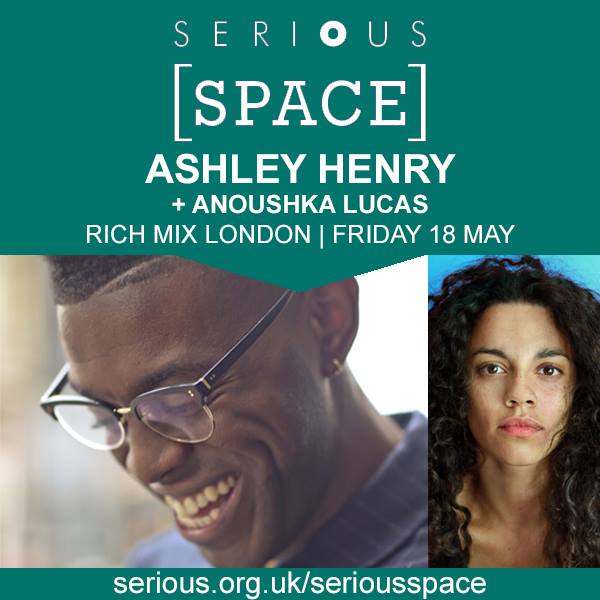 Anoushka Lucas to open for Ashley Henry at Rich Mix London Friday 18 May!

Make sure you don’t miss out on this beautiful evening serious.org.uk/seriousspace
Ashley Henry + Anoushka Lucas

Described as a ‘rich, natural talent’ by Neil Cowley, she has sold out nights at Bush Hall and featured at the Love Supreme Festival with her warm and magnetic stage shows.

Today marks the launch of the #letthemusicplay campaign to ask the government to do the right thing in return - help support the live music industry on it's road to recovery.