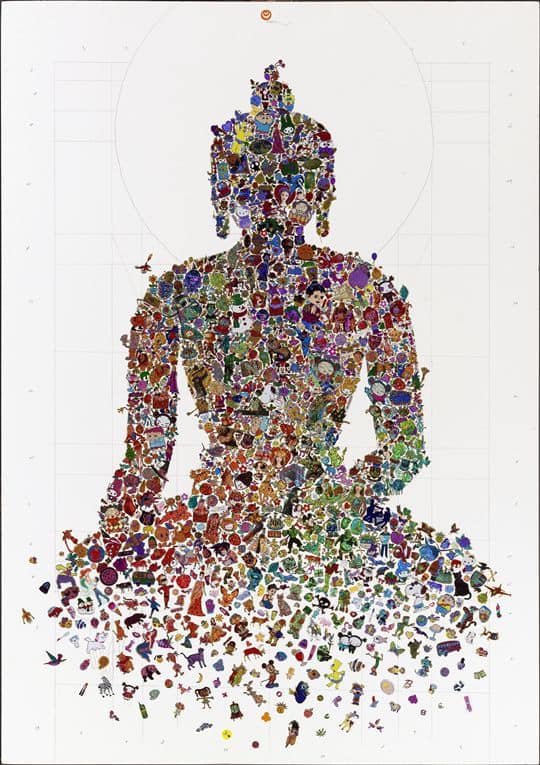 Latest update from Into the Wild

These are times like no other. In reality no time is like any other, for everything is always in flux, forever changing. Often however humans don’t notice it so much in our hum drum mediocrity of manicured lives, selling our souls to put bread on the table and pay the bills. But for once the saying is pretty accurate, things have gone bat shit crazy!

Let’s start at the beginning, by looking at how this most likely started., we can see that humanity’s relationship with the natural world has become untenable. Yes, there are various theories whether it is man-made or not? In reality, whatever way we look at it, it is man-made, whether from a wild animal market in Wuhan or. a bat biting a scientist in some top-secret lab, either way its humans screwing around with the natural world that started this whole fiasco.

I don’t know if you’ve been to China, it’s a beautiful country, with an incredible culture, yet with a very dubious food culture when it comes to wild animals. When I went with my Mum 7 years ago, we never really knew what we were ordering as most menus were in Chinese, which is fair enough. But it would get dicey.

The final straw for me was when I ordered a soup and it came full of tiny baby frogs, let’s just say, not my cup of green tea. I spend the rest of the trip eating mainly French fries and plain noodles, I was literally scared to eat. I lost a fair few pounds on that soiree. In the market were caged dogs, ready to eat, cats, pangolins, monkeys and all sorts of animals, it was and still is desperately sad. There seems to be no limit to what’s on the menu.

They reckon that this disease probably came from a bat or pangolin. Pangolin is one of the most trafficked animals in the world because they are used in Chinese traditional medicine for a variety of ailments including excessive anxiety and hysterical crying in children, women thought to be possessed by devils and ogres,. Now they are critically endangered.

As for eating bats. Even next door in Tibet it's worth noting that eating bats was forbidden as early as the 8th century, being identified as a source of disease and toxicity during the time of Trisong Detsen: It seems kind of obvious it’s not cool to eat bats, but humans in their greed and stupidity will do anything it seems. The first thing that should happen if we have any sense, is to shut the wild animal markets down, to stop the crazy slaughter and cruelty that creates a terror like Corvid – 19 in the first place.

But this is not just about the markets in Wuhan, even though China should take some responsibility for this chaos. What the Chinese government did in Tibet and continues to do, is a genocide that no country wants to talk about. Its hid under the prayer mat of history, easily forgotten because countries just care about trade and profit, not about the countless lives of the nameless.

Our culture is no different, consuming everything in its path, we act like hungry ghosts eating everything like locusts. We wander the different realms, swallowing up anything our insatiable egos can grasp, to try and find some sense of satisfaction or fulfilment for a brief moment before we are off for the next meal. Watching the crazy arse Tiger King on Netflix was no different, the cruel and degenerate redneck culture in the good ole US of A is as ruthless. It doesn’t take much to see how despots like President Li or Trump get in power, ignorance and stupidity reign over these realms of samsara.

There are more captives Tigers in private ownership in the States than there are left in the wild, that’s how screwed up our society is. All these things, the cruel markets, treatment of wild animals in America, factory farms, multinational burger joints, arms sales, proxy wars, the list is endless are all the games of man.

Yet one thing is for sure, earth will be here long after these fragments of mind have fallen to dust. It will reincarnate itself in infinite forms, beyond the crazed games and struggles of man. It conjures one to reflect on the stupidity of man’s folly, his puffed-up arrogance, his fall into pride and narcissism. That like a tangled web, the simplicity of relationship is lost between man and earth and between ourselves as we cause the imagined realm of ego to be our illusory reference point.

Maybe this reflection that’s shining in our mirror right now, is showing us that we are the ones that are bat shit crazy! That we are the virus on the earth, that we have forgotten that we are nothing but embodiments of nature and through our clever but stupid little minds we forgot and imagined we were somehow separate, Creating gods and deities in our own image, we imagined we were kings and queens of the world. Only to be dethroned and humbled by the very nature that brought us here in the first place.

Maybe this is natures immunity, fighting back against the very humanity that threatens her very survival and much of the other species we share this planet with. Either way it’s not personal, nature is ruthless and savage in the primordial drive for survival. Maybe, just maybe we might learn from this, we might actually pay attention to the messages that are coming to us every day, from the bush fires and melting ice caps. Little did we care when we hear of other species and the earth being ravaged as we sip our coconut lattes over the Sunday papers.

Maybe this is our chance, our very survival is on the line, maybe it’s time to stop being so bat shit cray!

Isolation and holidays for ever sorted...

Former Royal Marine, he's only an ex when he gets lowered into the ground in a wooden overcoat 👍😎

Emma Louise maybe you know someone who'd like this...!

A break for wildlife, if only we could create ways for this to be the new normal...

The World constantly changes, thereby negating the use of 'new normal' . . ta 😆

Should make them human free permanently and give nature a chance

Don’t worry about it we are in the new normal!

Stop all the twats on motorcycles and side by sides would be a good start.

Come along to our amazing Summer Solstice festival. Be part of our amazing online community. With enchanting music, workshops, talks, activities and wild learning all run on donations so anyone can join.

Join the group for all the latest news:

The impact that Covid 19 is having on our partners in the field is heart breaking - the news is full of so many harsh stories, but we want to highlight what is happening to the lesser known smaller charities and non profit foundations that are working to protect our wildlife and wild spaces across the world, as this does not get into mainstream news. We're running a blog series on our website with updates from our partners every week - the latest is from the Jane Goodall Chimpanzee Sanctuary in South Africa - ... See MoreSee Less

Read in our latest blog how the Jane Goodall Sanctuary in South Africa is working hard during the lockdown to keep chimpanzees safe from the risks posed to their health by Covid-19.
View on Facebook
·Share