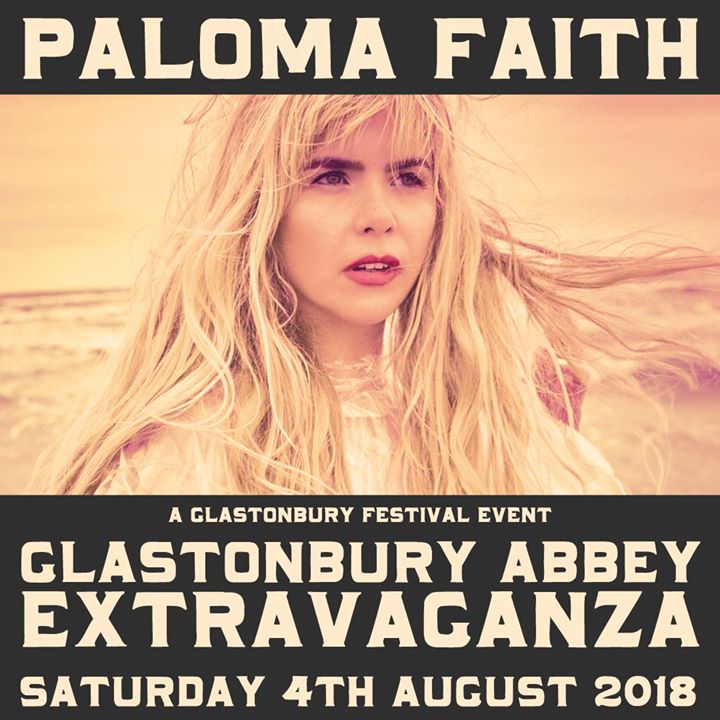 In light of the current unprecedented circumstances - which include the temporary closure of the Glastonbury Abbey - we are sorry to announce that this year's Glastonbury Abbey Extravaganza will not now be able to go ahead.

Tickets for the event had yet to go on sale - and the line-up had not yet been announced - but anyone who had already bought a gift voucher for a 2020 Abbey Extravaganza ticket will be able to roll their voucher over to exchange it for a 2021 Abbey Extravaganza ticket. Those who would prefer a refund will be able to get one via the Abbey once it reopens. Further details will be added to the abbey website soon.

We apologise that the event is not able to take place, but we look forward to welcoming you back to the abbey for next year's Extravaganza. ... See MoreSee Less

Sensible decision, we will so miss it, but touch wood be there next year 🤞

We have vouchers,Do we need to do anything or just keep vouchers and it’ll automatically adjust for next years?

Agree sensible but looking forward to next year. 😋

What a shame - one of our favourite events of the year. We’ll defo be there next year.

Thank you for a great night and we hope you have a safe journey home! ... See MoreSee Less

Fabulous evening....loved all of it but wow to lighthouse family. X

We all had a fantastic time.Lighthouse family were soooo good. Hope they get to come back .

I had a splendid evening. Here is my blog horacethealresfordbear.com/2019/08/05/glastonbury/

Loved it, thank you! X

Had an absolutely brilliant evening ! A night that we'll never forget , atmosphere was amazing , fireworks were brilliant , everything was perfect . Both the Specials & The Lighthouse family were fantastic !

Thank you for coming tonight - we hope you have a safe journey home ... See MoreSee Less

Great night as per...see you all at the pilton party

All the bands were brilliant. It was a great night

Amazing night! The Specials were incredible!!! Roll on next year!!

What a fabulous night, both bands were awesome 😊

Had a wonderful day thank you. Specials were bloody brilliantly brilliant 🤗🤗

I had a splendid evening. Here is my blog horacethealresfordbear.com/2019/08/05/glastonbury/

The Specials were brilliant as usual. Enjoyed The Brue Boys. The Lighthouse Family were/are boring. No colour or variation to their music, all their songs sound the same. Music to snooze by. And personally I find the singer’s voice grating. Unfortunately, the whole evening was marred by the fact that my 17 year old nephew was the victim of an unprovoked attack. I’m sure the twat that did it thinks he is a big man. In truth, he is a c**t.

First time for us and thank you for a fantastic and brilliantly organised concert. Just one gripe, it might well be worth putting info on your website about parking in town because we didn’t expect a couple of the main ones to be closed off and some warning would have helped enormously

The specials absolutely nailed it , what a awesome set , and the lighthouse family were incredible as well .

Brilliant night, great to see The Lighthouse Family (especially loved to hear them again), The Brue Boys and The Specials. Thank you for a brilliant night. Fireworks were the best we've seen!

Amazing what a great night

Thank you for a spectacular evening, so pleased to hear The Lighthouse Family live, they are amazing. Loved the fireworks!

Brilliant and very well organised for everyone’s safety. The Line Up was excellent and thoroughly enjoyed by all who came......

Fabulous thankyou Michael and Emily for another boss weekend xx😘😘

I sold t-shirts for The Specials when they performed at Ancienne Belgique, Brussels in 1979. 40 years ago almost to the day. Never thought I'd be watching them again in my middle age. Terry - you are drier than the Sahara in summer after a century of global warming.....Good gig with The Lighthouse Family do in a spot-on set.

Park and Ride starts at 4pm courtesy of Clarks Village
For a detailed FAQ please check out the abbey website www.glastonburyabbey.com news and what's on pages. ... See MoreSee Less

I'm so excited for Tonight It my first extravaganza..Boop!!

Get there early so you can get prime spot , half way back by mixing tower

I have 3 x tickets to sell. £40 a piece. Can drop them off outside The Abbey. Drop me a message if interested.

Are there any tickets on the gate?? x

Looking for 2 tickets if anyone has them??

Does anyone know if Morrison’s is allowing parking for the Extravaganza?

I need three tickets for friends if anyone is still selling

Missing it this yr again!! enjoyed going what a brill day & night we all had though 🙂 have a fab time all 💃🕺

Ann I can't wait. Going to be a great evening 🤗😍 xx

I have one spare ticket if anybody requires it. Will be parking at street and then getting the park and ride in soon. £35

Glastonbury Abbey Extravaganza 2019 has sold out - thank you to all who have bought tickets and we will see you tomorrow! ... See MoreSee Less

Looking forward to this tomorrow with Tania Beaton

What time does the park and ride start? Also running times please, thanks.

Looking for 2 tickets if anyone has any??

One adult and one child ticket for sale!

Looking forward to it! Please clarify if we can bring in actual bottles of wine or beer? Thank you.

Looking for one ticket! Will pay more than asking price

Can't wait to see The Specials

Is there a last entry time?

Does anyone have a spare ticket? x

Do you have running times please?

One ticket needed if anyone has one for sale x

I have 3 x tickets to sell. £40 a piece. Can drop them off outside The Abbey. Drop me a message if interested 🙂

Anyone got a spare ticket?