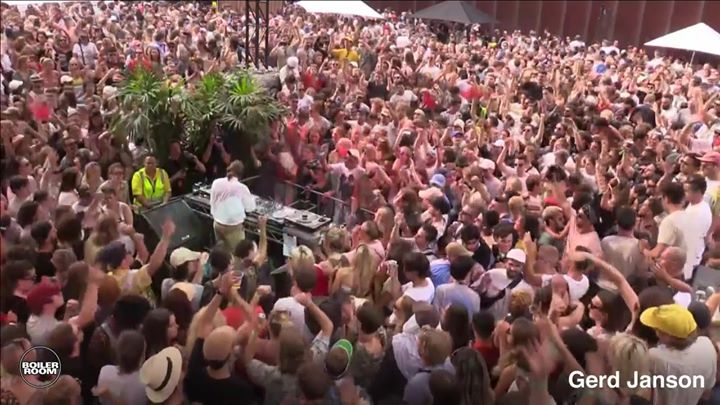 Melbourne: Thrilled to be hosting Gerd Janson at Sugar Mountain. Do not miss 👉 blrrm.tv/SM18

Part of the magic of our scene has always been the coming together of people on dancefloors.

Now, as we face one of the greatest challenges, it’s time for us all to be heard before it’s too late. We are now at a point where the live music industry is on the verge of being irreversibly damaged.

Without assistance businesses will go bankrupt, jobs will be lost, venues will close forever and some festivals will never come back. We call on those in power to address the urgency of this situation. Each day that passes without support or clarity makes the future security of our culture and community more and more untenable.

Today we support the initiative #LETTHEMUSICPLAY because the Government needs to take notice.

Please show your support for the live music industry, by sharing videos and images of your last live gig TODAY under the banner of #LetTheMusicPlay

Together we will return to the magic of the dancefloor.

Announcing the full lineup for the evolved J2v Virtual Festival, taking place next Saturday 11th July from 18.00 BST / 19.00 CET.⁣
⁣
Featuring exclusive DJ sets showcased across 4 unique music stages in our virtual world, we look forward to welcoming you all to this one-off online and radio event.

Cameron O'Brien this getting torn up

Nikita Alexander get the gazebo up, just need a projector and feel like ur at the real thing

J2v Virtual Festival announces The Mainframe: Say It Loud stage, curated by Carl Craig, in association with Beatport and broadcast on Worldwide FM.⁣
⁣
Featuring a who’s who of Detroit’s underground scene, these 16 artists have all created, activated, promoted, developed and pushed forward electronic music from the Motor City.⁣
⁣
This project will debut at J2v on Saturday 11th July and will be the next chapter in our long-term commitment to educate and expose our audience to the wealth of history that underpins the music we love, as well as supporting and developing emerging Black talent and ensuring our actions reflect our words of promise. ⁣
⁣
We expect the Junction 2 community to stand with us in solidarity to fight racism, both explicit and systemic, and work towards a future of equality. It’s literally the foundation club culture was built on - something we can all subscribe to, no matter our creed or persuasion.⁣
⁣
The Mainframe: Say It Loud Stage⁣
Curated by Carl Craig⁣
In association with Beatport⁣
Broadcast by Worldwide FM⁣
⁣
A-Z:⁣
Al Ester, Amp Fiddler, Carl Craig, Dantiez Saunderson, DJ Dez Andres, DJ Holographic, DJ Minx, Derrick May, Jay Daniel, K-HAND, Kevin Saunderson, Kyle Hall, Mike ‘Agent X’ Clark, Moodymann, Rick Wilhite, Stacey Pullen, Terrence Parker, Waajeed.⁣
Words by Jessica Care Moore. ... See MoreSee Less

Wonder what excuse they’ll Use next to cancel it

Man I cannot wait for this!😍😍

J2v Virtual Festival will now witness four stages of music in our virtual world on the rescheduled date of Saturday 11th July. ⁣⁣
⁣⁣
The line-up for this new stage, hosted and curated by long-time LWE collaborator and visionary artist Carl Craig, will be announced next week. Carl has used his clout to assemble one of the most thorough casts of Detroit players this side of the Midwest; their names read like a who’s who of the city’s underground scene. They will gather virtually at ‘The Mainframe’ / ‘Say It Loud’ stage, in addition to being broadcast on Worldwide FM. ⁣⁣
⁣⁣
All artists are set to play from a warehouse in Detroit, for a total of 6 uninterrupted hours. The result will be a seamless mix of the unadulterated Motor City sound. It will stand as an audible monument to the roots of electronic music. This once in a lifetime event will never be replayed, making this community effort even more special.⁣⁣
⁣⁣
Alongside Carl, we have assembled this stage in direct response to a process of reflection within our team over recent weeks. We’ve made J2v completely not-for-profit and added Black Lives Matter as a beneficiary charity that sits alongside a review and update of our line-up, because actions speak louder than words. ⁣⁣
⁣⁣
We are pledging to be more proactive in highlighting the origins of our scene. We will endeavour to educate and expose our audience to the wealth of history that underpins the music we love, as well as supporting and developing emerging Black talent. This work begins now. ⁣⁣
⁣⁣
In addition to ‘The Mainframe’ / ‘Say It Loud’ stage, the original music program of J2v will remain largely unchanged. The likes of Adam Beyer, Richie Hawtin, Maceo Plex, Maya Jane Coles, Daniel Avery, ANNA and Âme are all still confirmed to play and look forward to welcoming you to this celebration of underground sounds and culture.

What time will the event start

Amazing news! it’s in the diary 🙌🏽