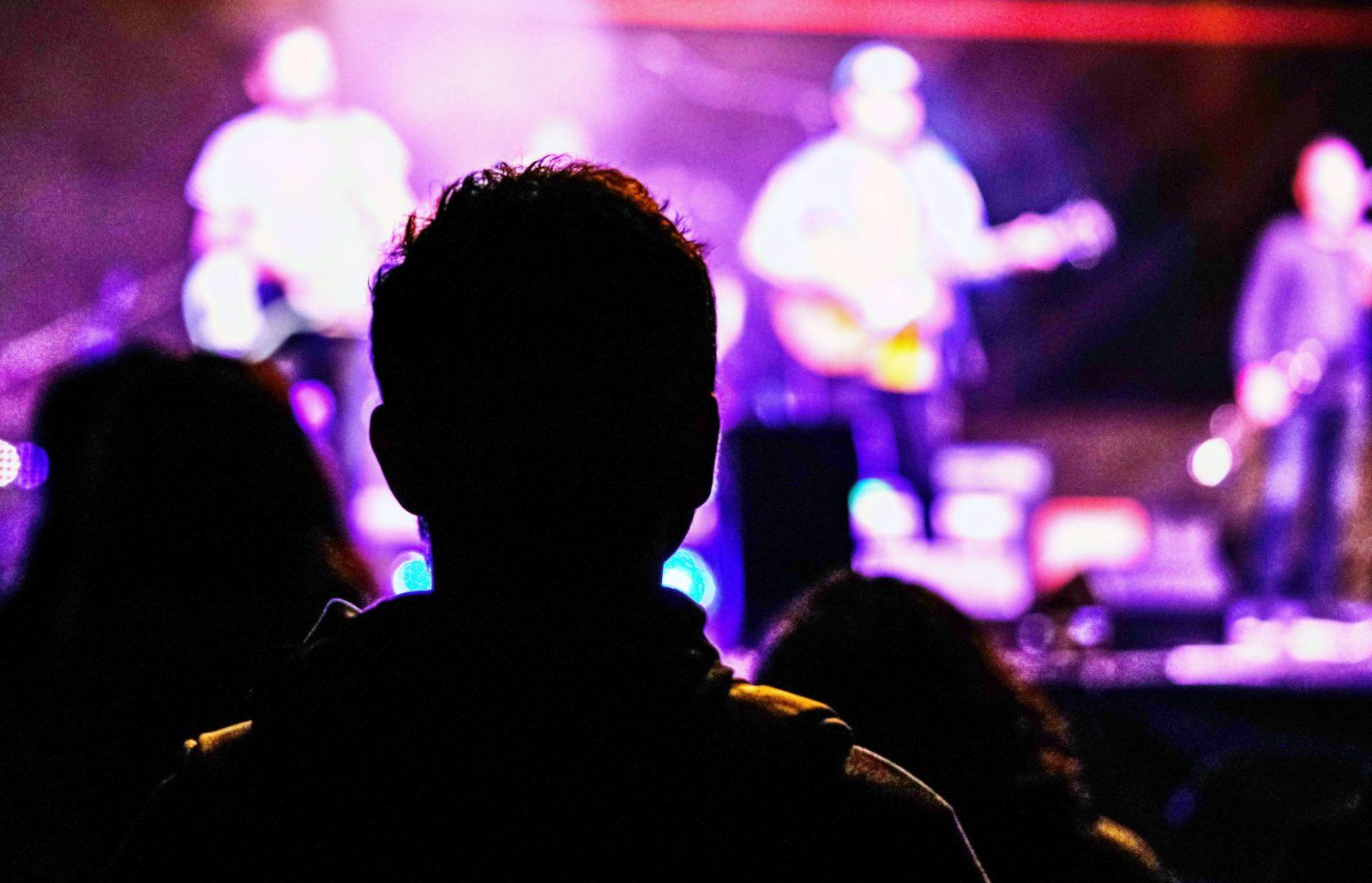 Following growing complaints that virtual gigs from living rooms and garages lack the ‘authentic’ experience of venues, Facebook is to roll out a suite of new live plugin filters.

The move comes after research into why otherwise popular artists have been seeing their ‘lockdown live’ streaming audiences diminish week after week.

The company’s Head of Experiential Broadcasting, Greg Allweather, commented: “We started to notice this shrinkage after only a couple of weeks of lockdown. Artists were eagerly turning on their webcams and plugging in their USB microphones but hardly getting anyone on the other end.

“First we thought it was a bandwidth thing, but our boffins soon ruled that out, so we did some audience surveys.”

Results of these surveys will have come as no surprise to seasoned gig-goers.

Almost 73.2% of those polled said that it was ‘quite weird’ to not have a really tall person wander down the front of the venue and stand right in front of the singer.

“This one was a bit of an eye-opener to us at first,” admitted Mr Allweather. “We’d automatically assumed that always having a clear and unobstructed view of artists would be a unique selling point for live shows – go figure!”

However, the answer that romped home as being the most annoying thing about viewing a live broadcast of a mini-concert wasn’t to do with the picture at all. A remarkable 93.7% of those asked said they simply couldn’t engage with a performance without the inane chatter of a group of office workers who were out for a pint or two but had accidentally found themselves in a pub with a gig going on.

“We stopped in our tracks when this number emerged,” Allweather explained. “Straight away we knew what we had to do, so we quickly set up a Zoom breakfast meeting between half-a-dozen of our marketing executives and simply asked them to talk about what they had been doing last night – then we hit record and left them to it for the rest of the day.”

The result of this rapid piece of product development is a new ‘natter now’ icon that will soon be available to all live streamers who want to ensure that their audience has to try that little bit harder to hear their lyrics, particularly in the quieter parts of a show.

And to make sure everyone is concentrating on the picture as well, tapping on the ‘tall guy’ button will result in the silhouette of a 6’ 2” man with big hair (and an optional backpack and/or hat – although this is a premium add-on, pricing to be confirmed) appearing in front of the screen.

Mr Allweather did point out that phone users will be able to initiate a 3D filter at this point (NB: this is also expected to be a feature that users will have to pay for) to try and ‘see around’ the obstruction’.

Facebook were also keen to point out that their advanced technology already meant that several key elements of the live music experience were perfectly replicated online.

A spokeswoman said: “We take great pride in the fact that the poor audio mixing and inadequate stage lighting music fans have grown up to love in small venues across the globe is almost guaranteed on every stream on our platform. It’s attention to details like this that make us stand out from the competition.”

[Disclaimer – this may, or may not, be a piece of satire…]