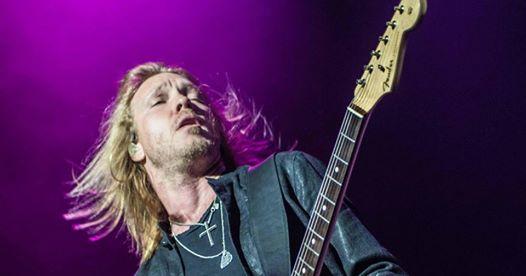 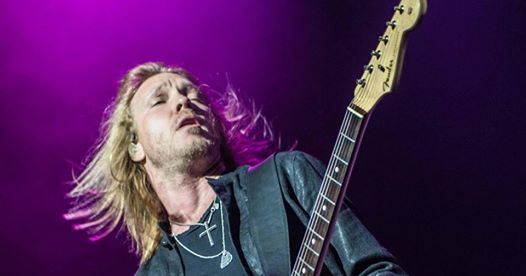 A double helping of blues rock from two guitar icons.
American, Kenny Wayne Shepherd’s blazing solos and unrelenting fretboard mastery have made him a blues guitar legend over the last two decades. He’s worked with vintage blues greats like B.B. King, Clarence “Gatemouth” Brown, Hubert Sumlin and Pinetop Perkins as well as won acclaim for his chart topping blues albums like “Trouble Is”, “Live On” and “10 Days Out : Blues From the Backroads”

Matt Schofield’s blues authenticity, mastery of the guitar, emotive vocals and improvisational brilliance have won him a show of awards as well as industry, peer and critical acclaim.

An unmissable night of engaging, powerful blues rock performances from two guitarists at the top of their game.

Tickets are on sale now from tinyurl.com/KWSEJBF or in person/phone via The Hub – Edinburgh's Festival Centre (0131 473 2000)

As Jazz and Blues Music promoters, we owe a massive debt to Black Culture. The birth of the music we love, and its evolution, is rooted in black artists fighting oppression.

Today we join the Music Industry Black Out, in the fight for equality and for the respect of human rights.

Our friends at Lejazzetal are offering a 10% discount on all CDs, vinyl and downloads using the code WAITINGFOR2021

And if you'd like to support the artists, in the link below you can find the link to buy and download this new tune. ... See MoreSee Less

We can't wait to see her students on an EJBF stage in the future 😀Very excited to be presenting this brand new, week intensive starter course!
Looking forward to spending these hours with budding singers, young and old.
Starts 8th June. 1pm/6pm slots. LIMITED SPACES.
Info & sign up below. ... See MoreSee Less

Today would've been the birthday of not one, but two legends - Peggy Lee and Miles Davis. After a fruitless search for a recording of them together, we found this comparison of their versions of 'Bye Bye Blackbird' - who performed it best? ... See MoreSee Less

Peggy Lee And Miles Davis May 27, 2019 by Doug Ramsey If only they were still with us, two major artists would be celebrating their birthdays this weekend. They were Peggy Lee (1920-­­2002) and Miles Davis (1926-1991). She was of major significance in popular music and he in jazz, but their wide a...
View on Facebook
·Share