Cheltenham Festivals news : Such inspiring young musicians! We look forward to inviting the winner to perfor…

Cheltenham Festivals news : Such inspiring young musicians! We look forward to inviting the winner to perfor… 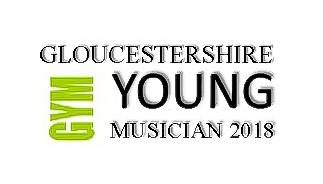 Such inspiring young musicians! We look forward to inviting the winner to perform at this year’s Cheltenham Music Festival in July

Good luck to10 top young musicians from across the county as they compete in the auditions for Gloucestershire Young Musician of the Year 2018.

The finalists will be announced on January 16th and they will then compete at the Finals Concert at Pittville Pump Rooms on Tuesday March 6th.

Adjudicating the preliminary auditions is Professor Derek Aviss OBE, former Executive Director of Trinity Laban and former Principal of Trinity College of Music. A Professor Emeritus of Education and cellist, Derek Aviss has long been linked with the Gloucestershire Academy of Music and is its President.

We hope you all enjoyed exploring Cheltenham Music Festival: Replay this week!

You'll still be able to access the films, podcasts, playlists and more via our website: www.cheltenhamfestivals.com/replay ... See MoreSee Less

We wish we could be together enjoying wonderful live performances with our audiences and musicians, and we can’t wait to see you all next summer. In the meantime, we’re delighted to bring you this Replay celebration. Join us online as we delve into the Music Festival archives for a series of pod...
View on Facebook
·Share

One year, to the day, on from Across The Sky, our first-ever community opera, Pip Claridge and Michael Betteridge talk about the experience of creating the show and look back on their highlights.

2020 Guest Curator Jules Buckley talks with Music Festival Head of Programming, Camilla King about his musical life and experiences, and what he’s learnt during a hugely successful career spanning nearly 20 years and a wide-range of musical genres.

In this special FestCast Camilla King, Lucy Schaufer and Zoe Martlew discuss creativity in isolation, coping with lockdown and the first performance of Zoe’s song cycle Musae at our 2019 Composium Day.

In 2016, composer and pianist Sarah Nicolls brought her one-woman show ‘Moments of Weightlessness’ to Cheltenham Music Festival. Watch her poignant, funny and deeply human story of motherhood and the creative spirit.

Kandace Springs " The Miracle" please! she is a kingdom