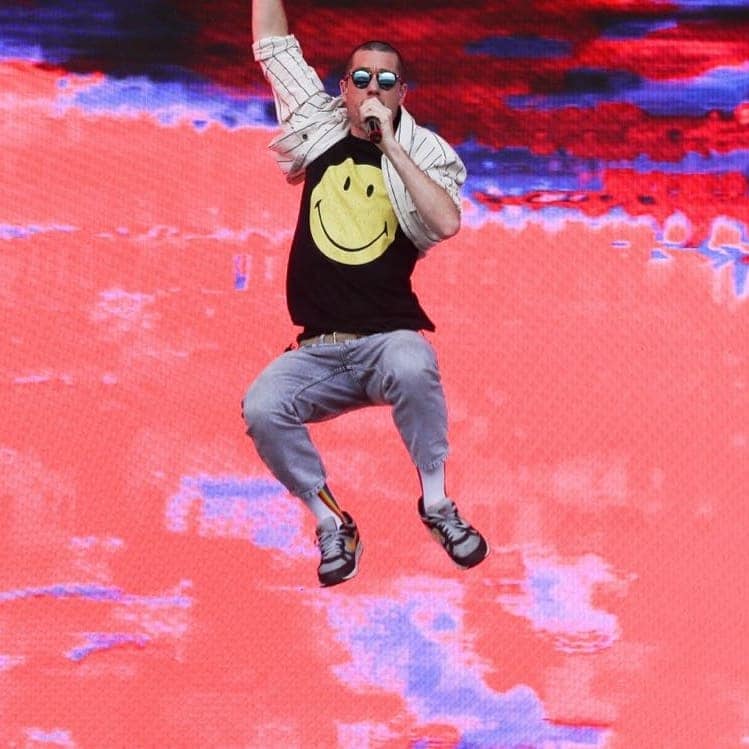 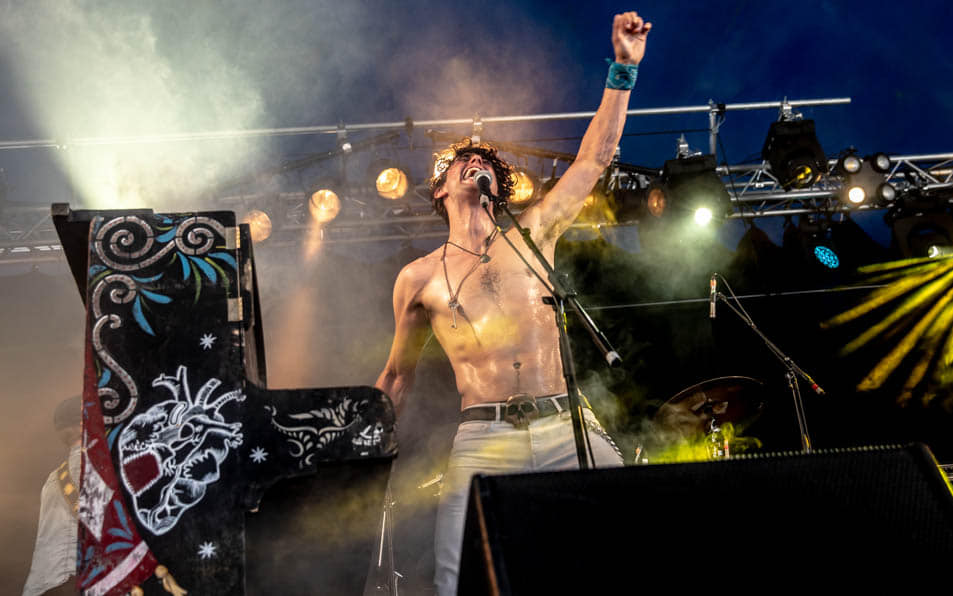 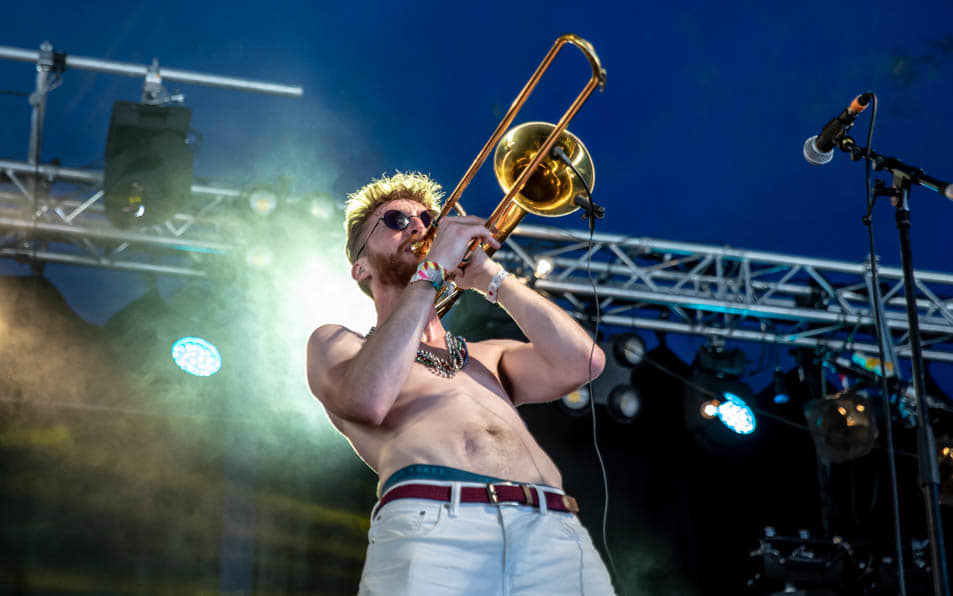 It's my 60th birthday on Tuesday 23rd was hoping to extend the celebrations over the weekend at Glastonbury but having a festival themed socially distanced partaaaay at home. Alabama Shakes from 2015 would top it off nicely thank you. 😃😃

Hope it shows more than just The Pyramid stage tho, that’s only a tiny slice of Glastonbury.

Get permission to show Leonard Cohen and Neil Young in full please, that would be brilliant.

Hope they may get permission from officials... During COVID19 one of the best news we have heard from Music industry... Refreshing Time.... Powerful Music with More Energy....

Helen Marshall-Hawley Clara Louise Blue Auffret Lori Hawley Jon Malyn Indigo Perspective Zaina Nasser Caroline Anderson Steve French Glasto from the comfort of your own home/garden....this could be my year! 😂😂😂 If the weather is good you are invited to our garden for a socially distanced beer/cider for the artist of your choice! Festival dress encouraged, personal hygiene demanded! 😂🥂🍻🎤🎼🥁🎸

If weather good have a mini festival out back x

So excited for this x

Any idea how us in the US can enjoy? I’m not the greatest, but unable to locate either of those sites....

Need to get Orbital on there, Glastonbury legends....

Will it be made available for those living abroad?

Available in Germany? IPlayer don’t work over here so far ...

Does anyone know if Glastonbury’s on next year

Been 3years on the trot with my dad, the veteran of glasto

You need to put what this shows as on your statement because otherwise the banks are gonna get a lot of my cards been hacked calls. Pending transaction showing as sandbag waste doesn't sound like glastonbury tshirt

Oh my god I love this. My daughter is called Hope and we go to Glastonbury most years, I have bought the poster for her bedroom 🤩

Loving the design ... please can we have your usual ladies fit tshirt. Thanks ❤

Please do ladies t-shirts like you do at the festival. I live in the ones I’ve got from previous festivals. Thank you.

Mine is ordered ready for glastonbury garden party! X

Ordered ♥️Poster for my teens bedroom wall and T Towel my my kitchen wall .. 🌿x Love the design

Ordered 2. Not quite the same as going to the farm but it will keep me going til next year.

I love the rainbow design - why not cups, tote bags, posters & t-shirts too!

Just put in an order. Love the design. X

Ordered ready to wear at our Glastonbury homefest party

Are you going to do ladies tshirts, I'd love to buy one if you do

Would LOVE that sunset tea towel as a poster! Might have to just hang the towel 😜🌈☀️💕

Just ordered my t shirt. It's my 50th this year so had to be done

2 tote bags and a t-shirt ordered!

Ordered a couple of t shirts.x

Tom Love looks like you can keep the tradition of getting a Glasto t shirt for dads birthday!

Scientific brain can't cope with a rainbow with colours that way round!

We stand against racism. Our offices will be closed tomorrow. #blacklivesmatter #blackouttuesday ... See MoreSee Less

What happened to George Floyd was terrible but I’m not sure what action we are being invited to participate in? Are you asking people not go to work on June 2nd?

I don't think Floyd would have wanted all this violence in his behave. I know he would want everybody to pray and keep good memories. Store and resteraunt owners who are finally getting it together @ the past 3 months of uncertainties...are appauled at the actions of the public over the situation! Broken store windows, blowing up police cars and hurting others and police officers, as well! I just couldn't believe it all! People can believe inn peace, yet, there are many whom have no right to this type of reactive behavior. Floyd would not wanted this...😣

So your asking Drs nurses police officers firemen not to go to work.. erm well done back to the real world

Excellent. Thank you Glasto. We miss you.

All of those saying “I can’t take the day off” - it’s ok for those that can. Wow! Selfish much! It’s not about you!! Quote: “The aim is to have those within the music industry take a pause from promoting music, performing, holding listening parties across the day, instead using the time time to bring justice after Floyd’s death, which has prompted protests across the world in honour of the Black Lives Matter movement.

Well much as the music industry can take a day off, plenty of people can’t 🤷‍♀️ honestly this is one of the most privileged things you could do? Meanwhile Drs, nurses and care workers can’t have a day off

Highly Regards to all who stand with Humanity.... Stand against injustice and racism...

Yeah let's learn from America and disarm our police, let's take away their tazer's, because they kill people, and they can't be trusted to follow procedure and people are dying, # Nathan Grimes

Some people haven’t worked for 10 weeks

Thank you from Los Angeles. This has to be a global effort and this is the focus right now.

I didn’t think Glastonbury Festival were pro censorship, but an awful lot of comments have disappeared from here....

Thank you from SC USA

I very nearly did “black out” today due to the heat, speed and Watts I was pushing whilst achieving a 20mph average on my commute. 💪🏻 🚴🏻‍♂️💨 #BlackOutDay #BlackOutTuesday

Your not milking the cows today then or feeding all the animals on the farm...

Recent events in another country. I don't think Donald Trump cares what Glastonbury does.

The music industry is pretty much paused anyway though. Are u asking artists to withdraw from online sales for one day? Is that even possible? Its not like anyone had any gigs booked that day anyway

If I don't go to work today, my boss will put me on Blackout2020

Sorry lily i am already in work tonight x

I am appalled and devastated that in today’s world such disgusting and racist behaviour can happen. I morn for all who have been a victim and their families. Glastonbury Festival stands for tolerance, acceptance and love. Thank you for standing up for justice, equality & peace 💚

For people who don't understand the reason this post is needed please start or continue to educate yourselves. If you're tired of the subject think of this; bipoc (black, indigenous and people of colour) do not get to be tired of racism as they live the reality of it, your ability to be tired or bored of it is privilege and should be checked. In relation to 'all lives matter'... Black Lives Matter is not saying that all lives do not matter. They are saying that at this moment in time we need to focus on the fact that bipoc (predominantly black men) are disproportionately being killed. Therefore, we're focusing on those who need support and for their lives to be recognised as equal to others. To use an analogy that's being bandied around - if your house was on fire you'd want the fireman to put out the fire on your house. Sure all the other houses may have things wrong with them, there may even be embers hitting them but yours is burning down. Do they spray down the houses not on fire or focus on the house on fire?

Please can we see some footage of John Peel at Glastonbury, loved watching him wandering around the glasto fields

Fancy a lot of kids with pee brains have commented on here. Just saying. 🙄