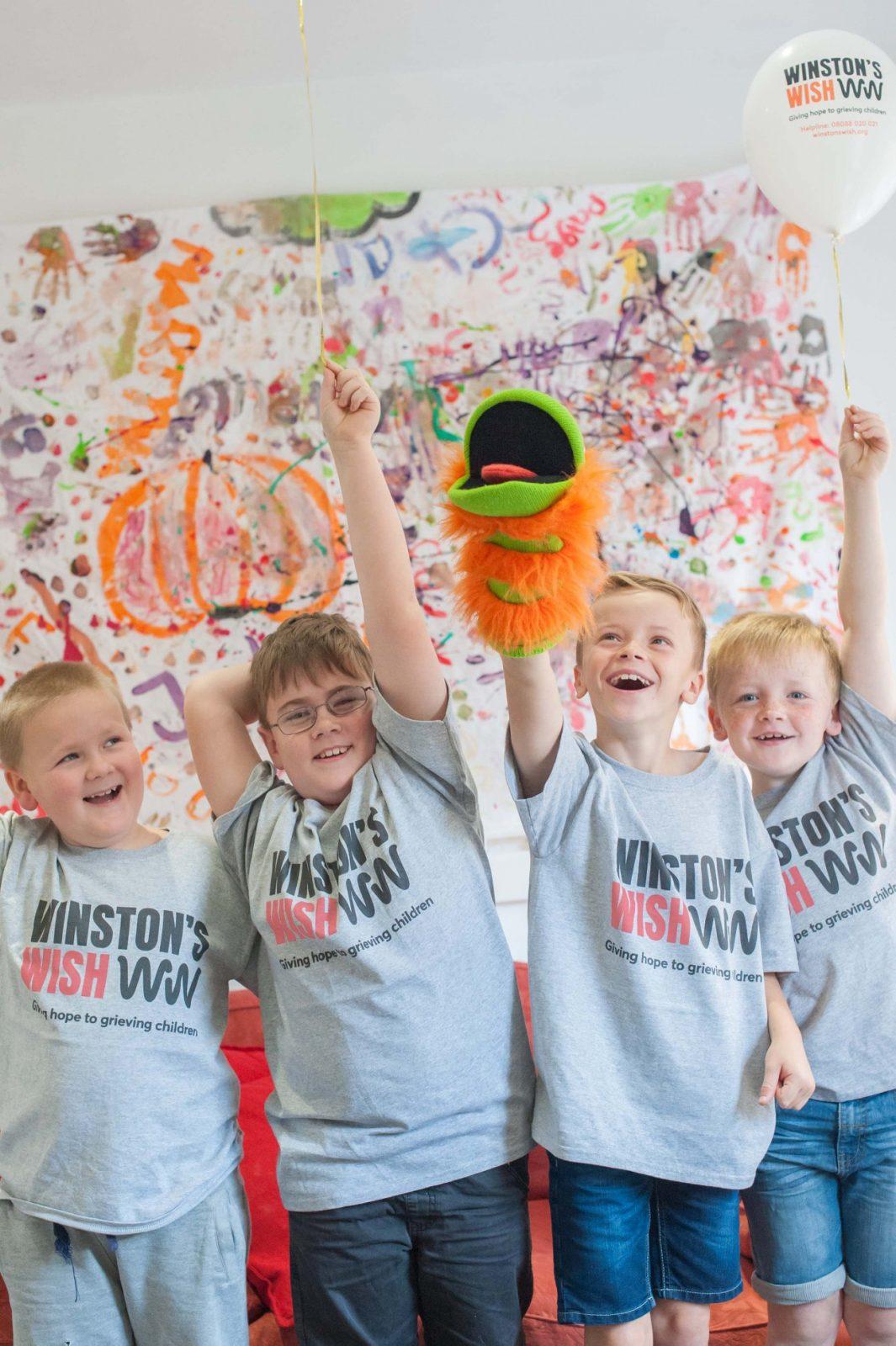 Said Emily: “I'm honoured to have been invited to become a patron of Winston’s Wish. I have huge respect and gratitude for the work that Winston’s Wish does to support children and young people who have lost a parent or sibling, which I experienced first-hand after losing my mum.”

Young people who are experiencing bereavement can access support via the charity’s dedicated young person’s website help2makesense.org/ where they can also access its online chat service.

Parents and professionals supporting a bereaved child or young person can call the Freephone National Helpline on 08088 020 021 for on-going support and advice. Monday – Friday, 9am – 5pm. www.winstonswish.org

Please play johnny cash. Although it was on channel 4 then so doubt you could...

We woz there Andy Whitehead, time and again in body & spirits - maybe they’ll show Bishi! That Edwin Collins set at The Park would be emotional x

I bet Dominic Cummings will be there

Congratulations to the eight finalists of our 2020 Emerging Talent Competition with PRS for Music and PRS Foundation. They are: AJIMAL, Courting​, Frankie Beetlestone​, HANNIE, Joshua Burnside, Kathleen Frances, Matilda Mann, R.A.E. Hear them all on our website now! ... See MoreSee Less

Can't believe you missed some of these gems - heartbeatofarabbit.blogspot.com/2020/05/glastonbury-emerging-talent-competition.html

A really good long list this year. Well done to the finalists!

Tim De Luca don’t see your name on there?

We've just posted some performances from the BBC's #glastonbury2019 coverage on our YouTube channel (+ the full sets are on BBC iPlayer). And look out for more news soon of our plans with the BBC for a celebration over Glastonbury weekend in June…
📺 www.youtube.com/playlist?list=PLV5BFkI9SS7hSXfh1F0UX8m4aDxYzpZe7 ... See MoreSee Less

I want this world back! Glastonbury last year was one of the best times of my life! X

Never managed to get a Glastonbury ticket but some of my most joyous moments have been within the crowd at many Foals gigs jumping around and feeling the collective atmosphere and escapism.

So pleased to know that I can revisit last year’s incredible experience on iPlayer - my first, and now probably only Glastonbury....

❤️❤️👏👏 SO hoped that something would be planned for the best weekend we’ll all miss the most! 👍🎉🥳

I never get sick of watching the whole glasto set, pure brilliance🎸

Without a vaccine it's hard to imagine any more festivals taking place.

Fee Gilfeather remember being at the Park and Nicola stroking a horse...they seem such distant days now

I will never experience Glastonbury I can never get a ticket

How about the Amazing Wood Burning Savages from 2019?????

Georgia Cox Look! It’s you in your leopard print hat and me when we were watching Foals. Blimey!

Posted full sets to iplayer? Why'd you guys take them down in the first place!? We paying for tv license so keep what we're paying for on there innit 🙃

That field was raaamed for foals, soo good.

Sadism of the highest order 😏

Gretel Darby Hill Jason Hill we got to see them in a slightly smaller crowd! How lucky ☺️

I knew you wouldn’t let me down baby

Just in time for our Glastonbury weekend Ella Bella

Why not just bang them on here too

We're pleased to announce we're going ahead with this year's Emerging Talent Competition. The winners will be given a slot at Glastonbury 2021, plus a £5,000 Talent Development prize from PRS Foundation. Listen to the longlisted acts at our website now! ... See MoreSee Less

Matty Aldridge one way to try and get a ticket

Yes Äyanna #1 that’s because your voice is insane!!! Xx

My niece Marie White, from.Hastings won it last year. We are all so proud of her, as usual.

It’s the right thing to do

- waaah! so exciting to have made it through. thank you.. and so many great artists.... what a selection. 💛.//

Grace Licence one for sam

Made up to be included alongside so many amazing artists, thank you! ❤️ open.spotify.com/track/5E7wPTBXA2n9kq7fKAM1qJ?si=X6wW1_NoSXW__EokBGaUug

Andrew Hughes this you?