With Simple Minds, Pop Will Eat Itself and Jesus Jones on the bill has Camp Bestival rediscovered its booking MoJo?

With Simple Minds, Pop Will Eat Itself and Jesus Jones on the bill has Camp Bestival rediscovered its booking MoJo? 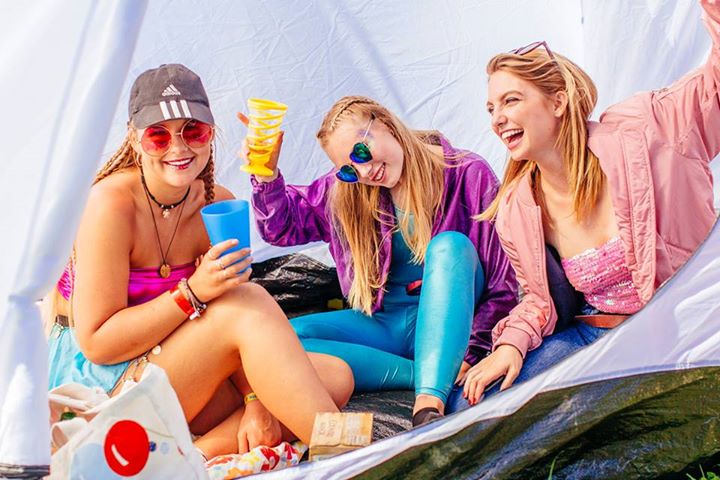 Yes, Camp Bestival (Lulworth Castle from 26 to 29 July 2018) is predominantly for the kids – hence the ever-present Mr Tumbe and Dick and Dom.

But at the same time, having forked out a lot of hard-earned money for tickets, those parents who were children of the 80s and 90s also need something to take them back to their early years.

And that’s exactly why its important to see names like these, along with Orbital, The Stereo MCs and The Undertones on the bill.

Between them they have a serious back-catalogue of school-disco dance floor fillers, and with more names still to be announced it would be hoped that more of the same ilk might find their way onto the bill. And of course the guilty pleasure of Rick Astley and the polished vibes of Clean Bandit will also bring smiles to faces as they top off the main stage bill.

Captain da Bank says: “Ahoy there shipmates and anchors aweigh! HMS Camp Bestival is ready to set sail with our first wave of salty seadogs to announce. Expect the unexpected from rock giants Simple Minds and Shed Seven to dance gurus Orbital and Basement Jaxx and a cheeky bit of Rick Astley too…  and that’s just the music. From River Cottage feasts and animatronic dinosaurs, to Insect Circuses, pantomimes and a gin festival, it’s full steam ahead for 2018. All aboard!”

Camp Bestival is this year supporting the Ellen MacArthur Cancer Trust by adding a £1 charity donation on to all Camp Bestival tickets. This which will go directly to the trust to be used to fund their amazing work that helps young people rebuild their confidence after being diagnosed with cancer.

Don’t forget there are a host of premium camping experiences i including Camping Plus,  Backstage Camping and Hospitality Camping on sale now, and if you buy before 11 December you’ll receive some special Camp Bestival stocking fillers.

The Camping Bestival 2018 Weekly Payment Plan is on sale now. Use our 30-week payment plan from £5 per week.  Book online via Ticketline only.

WITH MORE MUSIC FROM:

& MANY MORE ACTS TO BE ANNOUNCED SOON

PIRATES OF PENZANCE – THE MUSICAL

THE RETURN OF ‘COME DANCING’ IN SPIEGELTENT WITH KAREN HARDY STUDIOS

FUN FOR ALL THE FAMILY:

*All weekend tickets include camping from Thursday

Camping Plus,  Boutique, Backstage and Hospitality tickets are available.

We’re delighted to announce we’ve teamed up with Utilita Energy Live From The Drive-In to bring some of our best-loved family headliners and star acts to their series of live drive-in shows across the UK this summer!

“Some of our watchwords are fun, family, education, screen-free time and a good solid sprinkle of magic dust and old school showbiz, and our drive-in line-up does exactly that. Acts who need no introduction include the king of kids TV and a veritable Elvis for children, Justin Fletcher easily the most popular Camp Bestival booking year after year and an incredibly versatile live performer. Dick and Dom have played most Camp Bestival’s and always end up in a big pile of shaving foam, shouts of BOGIES and hilarious onstage antics. Dinosaur World Live is simply one of the best shows we’ve seen for kids with amazing animatronic puppet dinosaurs and of course a scary flesh eating Tyrannosaurus Rex and there are lots of other great shows to check out too.” Rob da Bank

Tickets will be available via pre-sale from 10am, Thursday 9th July, then general sale from 10am Friday 10th July. Check the dates, venues and sign-up for the presale here: livenation.co.uk/utilitalivefromthedrivein/18886-family ... See MoreSee Less

I can’t see where I can sign up for presale on the link. Can you help?

Ness Willcox would megan be interested in dick and dom on saturday 15th aug? X

How much will tickets be?

Today is the day artists, crew, venues and fans come together to encourage Government support for the live music and festivals industry. Join us by sharing a picture or video of your favourite moments of the last time we came together in Lulworth at Camp Bestival 2019 with the hashtag #LetTheMusicPlay. Let’s take over the internet with happy memories to show just how much we all love live music and festivals!
#LetTheMusicPlay #CampBestival ... See MoreSee Less

LOVELOVELOVE Camp Bestival. Thank you for so many years of wonderful hijinks and happy memories- to everyone involved in helping to put the whole marveltastic, fantabulous,, splendidlyumptious shebang together. (We still go now our children have grown up and left home <3) So sad we won't be festiholidaying with you all this year- but here's to many more to come ❤️🧡💛💚💙💜🖤

Amazing 🤩😃 Me and my daughter enjoying joining in 💃🏽💃🏽

We are having a festival mashup weekend...

That was so fun and spur of moment!

Missed this! Will have to watch with Isla later.... 🥰

Hi from Norway 👫 Hava and Edvin

Camp Bestival is with Pyrite Creative.

Check this out! 'Garden Festival 2020' created by Piers Dubois de Saran in his garden during the great lockdown. Featuring music by Paul Reynolds and sculptures and builds through the years by Pyrite Creative, including the Camp Bestival Lovebot and much more. We hope it will put a smile on all the faces currently at home missing their festivals as much as we are xx ... See MoreSee Less

Happy Fathers Day to all my fellow fathers, dads, carers and menfolk ... hope you had a fine breakfast in bed followed by a foot massage and someone else doing the washing up! No.. me neither

I was up at 5am starting a brisket on the bbq then made everyone breakfast. I think I have this all wrong......