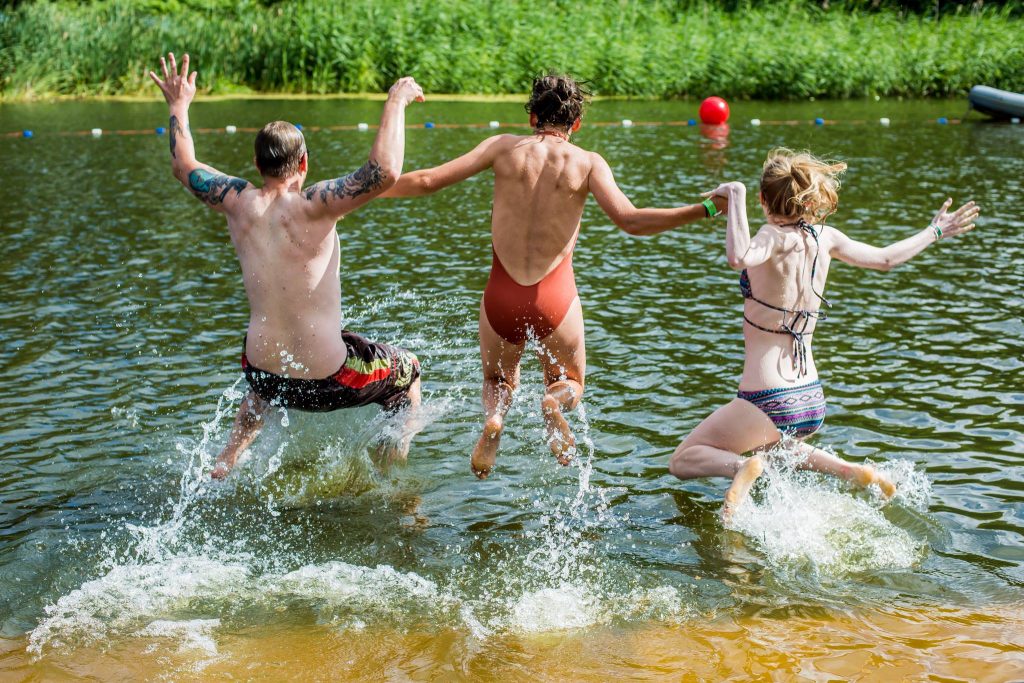 Latitude Festival have announced the line up for their 13th Edition, which takes place on Thursday 12 – Sunday 15 July 2018 in the stunning grounds of Henham Park, Suffolk. Recently awarded Best Major Festival by UK Festival Awards, Latitude returns with an all-new look for 2018 – a refreshed programme and emboldened vision retaining everything you loved about the festival, but also moving in an exciting new direction that looks to the future. Tickets are available from here.

Grammy-winning singer-songwriter of A Seat at the Table fame Solange performs her first –ever festival headline slot at Latitude in a UK exclusive. It’s been over a year since she released the critically acclaimed album that she has called “a project on identity, empowerment, independence, grief, and healing”. Since its release she has introduced the work to new audiences as dynamic and daring performance art. Bold, exciting and innovative with a creative energy like no other, Solange crosses and combines artistic genres in a way that most artists wouldn’t dare and is the perfect Latitude headliner.

Latitude loves a success story, and is famed for breaking new talent and nurturing artists so it’s truly thrilling to host Alt-J as headliners once more. From performing on the Lake Stage in 2012 as an up and coming act, returning to headline the BBC Music Stage in 2013, and then closing the Friday night of Latitude’s 10th anniversary in 2015, we are delighted to welcome them “home” for what promises to be an exciting show – with the possible premiere of brand new material, this one is going to be unmissable.

Alt-J said, “We are over the moon to be returning to Latitude for a fourth time. It’s a festival that’s nurtured us beyond any other, taking us from the Lake Stage to the 6music Stage and then to headlining in 2015. To do so again is a huge privilege. See you in Suffolk!”

The Killers, fresh from the success of chart-topping comeback album Wonderful Wonderful, headline Latitude for the first time. Part-rock show, part-art extravaganza, The Killers, led by charismatic frontman Brandon Flowers, are sure to bring something very special to this year’s line up with much loved hits ‘The Man’, ‘When You Were Young, and of course ‘Mr Brightside’.

An eclectic host of acts await Latitude revelers. Stages will be alive with the sounds of The Vaccines, Wolf Alice, Rag’n’Bone Man, James, Mogwai, Jon Hopkins, The Charlatans, Benjamin Clementine, Jessie Ware, Alvvays, tUnE-yArDs, The Breeders, Fickle Friends, Bomba Estéreo, Clark performing latest album Death Peak Live, Parquet Courts, Ibeyi, IDLES, Hinds, Fickle Friends and many more, with further acts to be announced. Something for everyone would be an understatement

– this is a mind-blowing line up that you won’t want to miss.

Latitude has never been just about the music – it’s a culturally enriching experience and this year’s comedy, theatre and arts roster is set to be the festival’s most diverse and forward-thinking yet. Two exciting comedy headliners are both performing at Latitude for the first time, award-winning stand- up and star of BBC Radio 4’s Utopia, Bridget Christie makes a rare festival appearance, while national treasure Harry Hill brings a career’s worth of comedy gold to our stage. Elsewhere on the comedy bill, catch the only comedian co-signed by Drake and Stormzy, Mo Gilligan; Tim Key‘s new blend of poeticals, talking, spotlights, cables, old school wistfulness, Megadate; viral-video star and news satirist Jonathan Pie; brand new BBC Radio 4 panel show Where’s the F in News; Mock The Week regular James Acaster and rising star Lauren Pattison. There’s much more still to come, so watch this spotlight!

Harry Hill said, “I like latitude, I like longitude, but which is better? There’s only one way to find out – play the comedy arena at Latitude! I can’t wait!”

Latitude has a reputation for having one of the most eclectic line ups in the UK, and 2018 is no exception: Sadler’s Wells return to Henham Park presenting dance companies still to be revealed, whilst the first shows of the theatre bill include a spectacular headline performance by an international sensation: Recirquel Contemporary Circus: Paris de Nuit will transport the audience to the roaring 30s. Other highlights include Bryony Kimmings previewing her first solo show in 10 years, I’m A Phoenix, Bitch, Lyric Hammersmith presenting How To Fail At Being Perfect, their wise and witty look at through the eyes of forever children, with an all youth cast, and Scottish Dance Theatre, who present Fleur Darkin’s Velvet Petal. Among the very first speakers in The Speakeasy, BBC3 investigative journalist Stacey Dooley will talk about her new book, On the Front Line with the Women Who Fight Back.

There’s so much happening at Latitude in 2018, some serious refuelling will be in order, and the festival is upping the grub game. Latitude will become the first major festival to do away with ‘fast food’ with the Arena now catered entirely by Street Food organised by London’s Street Feast. Explore buzzing street food arenas across the site where festivalgoers can re-fuel, wind down and eat the world without leaving Henham Park. Look out for Fundi’s mighty hand-built ovens for melty, wood- fired pizzas, then dig into crispy cornbread Arepas from Venezuelan street food heroes Petare – don’t forget to order a side of their Cassava Chips topped with fiery salsa. For a mighty, meat-free meal, say hello to Club Mexicana – their vegan To-Fish Tacos and BBQ-Pulled Jackfruit Burritos are NOT to be missed. Also new to Latitude is the Theatre of Food, a fully immersive essential for any foodie – or just your average keen eater – with wild cooking sessions, hilarious and inspiring food demos and, of course, the chance to sample the goods yourself. And if there’s a comedy set or a drum solo while it’s all happening, all the better to heighten your taste senses!

Families looking for quality time together need go no further than Latitude’s Enchanted Garden, where they’ll get the chance to make some magic of their own, including VR workshops with top industry creatives, screen printing T-shirts, trapeze and circus skills, and the brilliant Family Socials which pack weekend mornings with family-friendly comedy, live music, dance and theatre. There’s a parent pen for shattered parents who can’t keep up or yoga to unwind! Meanwhile the Kids Area has live shows including AnimAlphabet the Musical, West End Kids, and Comedy4Kids, alongside puppetry, live music, award-winning children’s authors and illustrators on hand to inspire, music tuition, bush-crafts, fun with food and the Wild Science tent. Teens who want to be among their own can head to the Inbetweeners Area with its music, digital, media and fashion workshops, the Access to Music Live Stage including industry Q&A’s, how-tos on gaming, coding and VR. Daredevils can brave the Greenpeace treetop adventures, zip wires and climbing nets. Guaranteed no teenage style will be cramped.

…And You Will Know Us By The Trail Of Dead

Trudy And The Romance

Where’s The F In News

Nele Needs A Holiday: The Musical

Stacey Dooley: On The Front Line With The Women Who Fight Back

Up In My Grill

Tickets are available from www.ticketmaster.co.uk/latitude